The Pinay Mom in Filipino movies

I remember watching an old  Charito Solis film where she potrayed a self-sacrificing mother forced to marry an abusive husband. The husband (played by actor Leroy Salvador Jr.) sold her only child to a rich family.  I don't remember other details  of the film anymore but I do remember that I cried watching Charito's predicament. The film was produced in the 60's and options available for women in abusive relationships were not discussed in the film.

I wonder if women shelters were available during those times in the Philippines. Sanctuaries and safe places for abused women may have been provided by religious groups. Shelters, such as the Women's Crisis Center, provide a lifeline for women in abusive relationships.

The self-sacrificing mother who would do anything for her children was a constant theme among  Filipino movies, especially those produced by film studios LVN and Sampaguita. Numerous actressed have played these roles - from Charito Solis, Lolita Rodriguez, Anita Linda ( who played Sisa in the Gerry de Leon film, Noli Me Tangere).
The mother is potrayed as a martyr, someone who would do anything for her children to the extent of remaining in relationships that are abusive.

A film adaptation of Nick Joaquin's article " The House on Zapote Street" featured a mother ( potrayed by Charito Solis ) who was not able to defend her daughter from the abusive father. The film, Kisapmata, was directed by  Mike de Leon.

It was in the early 80's where I was able to watch potrayals of Filipino mothers and women who were feisty and determined to fight for the rights of their family. The late film directors Lino Brocka, Ishmael Bernal and Marilou Diaz Abaya were in the forefront of bringing to the big screen, portrayals of resilient Filipino women. I knew back then that there were many women who refused to be cowed into submission in unjust situations.


Much as I am a Nora Aunor fan , I also love the films of another Filipina actress, Vilma Santos who potrayed strong liberated women characters.  In Dekada 70, she potrayed a mother who stood by her children through the turbulent 70's and in Bata bata Paano Ka Ginawa, she potrayed a mother working for a women's shelter who refused to be bound by what society dictates on unmarried mothers.

***
These are women with real life experiences. This short video produced by the Women's Crisis Center presents the accounts of the survivors of domestic violence: 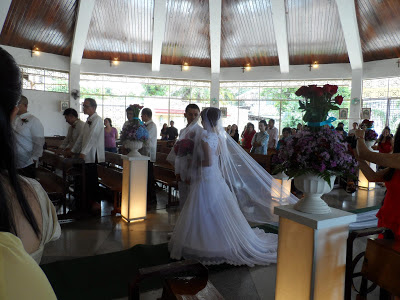 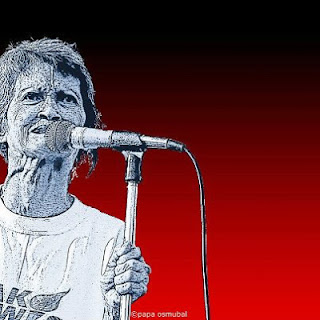 Carmen "Nanay Mameng" Deunida is a well-respected urban poor leader who  does not mince words when telling the truth. She is the chairperson emeritus of the national urban poor alliance, KADAMAY, and also a leader of  the mass organisations Gabriela and Anakpawis.

I brought my younger daughter with me to listen and learn from  Nanay Mameng in the tribute given to her one October afternoon at the University of the Philippines. There are many lessons to be learned from the lives of living heroes and heroines like Nanay Mameng that may not be found in her school books.

These are some of the photographs I took from the tribute at the Bulwagang Tandang Sora, UP College of Social Works and Community Development.

Together with colleagues Chito and Jay, I was in Misamis Oriental last September 26 to September 29 for a training workshop in conflict mediation, handling crisis situations and healing art for pastors and teachers of the UCCP Northwest Mindanao Jurisdiction. 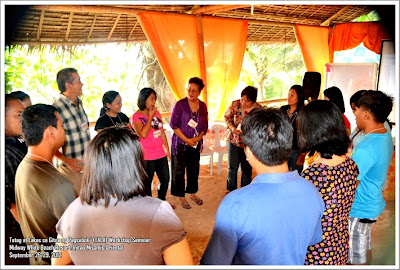 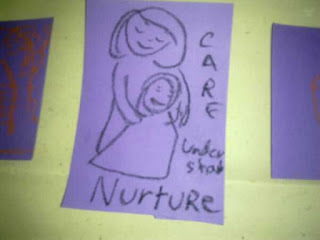 “ Gumaan ang pakiramdam ko”  - on a heart to heart talk to a crisis responder from a mother who have lost her home during a typhoon.

How do we comfort people in distress? What do we say to a person we know who have just lost a loved one? What can we do to ease the pain of friend who has just lost a a sibling or a parent, for  a mother or father who has lost a child?

For crisis responders, pastoral counselors, teachers, community organizers, parents and friends, there is the challenge on how to become sources of comfort for people who have experienced loss or are in distress. More often than not, it is not knowing what to do or even what to say in these situations which makes people hesitant to approach or comfort people in need.

How does one comfort the grieving?

2.We approach them with gentleness, empathy and   acceptance.

Grieving people need the time and space to be able to process their feelings over their loss. The last thing they may need is to feel more stressed out. Family relatives need to realize that they need to be more understanding with each other at this time when all members of the family are grieving from the loss.

A mother who lost her eight years old daughter to cancer recall the parents of her son's classmate telling her that they have difficulty in talking to him because he refused to tell them anything  about his sister's death.

Care providers do not need to add more stress to families who have lost everything in disasters by insisting that they answer questions or participate in group sessions.

We give time to  people who are grieving. We do not count the hours we are there for them. We do not even place a time element as to when they are expected to be healed from the pain that they are experiencing.

Yes, we may be that comforting presence where they can  feel safe to share what they truly feel about what they experienced. They are safe to cry, to unload their anger about their situation; they are safe with us if  they share their uncertainty and despair.

We may help them in their realization of the strengths they have   amidst the difficult situation they were in.

We are gentle, compassionate and caring listeners.

3. Words that comfort and words that
may cause further distress

Let us tell them what is in our hearts and avoid platitudes which is so easy to say but bereft of meaning.

“ Nakikiramay kami sa inyong pamilya”
( I commiserate with your family)

“ I would like to help. Maari akong tumulong
sa ganitong paraan"

(I’m here when you need me, let’s talk if you need
someone to talk to.”)

We should be aware that there are words spoken which may devalue the grief and the emotions felt.

“I know how you feel”

NO one would really know what a grieving person feels. So avoid this phrase.

“ Be strong! Strive not to be weak-hearted!”

There are even words spoken which imputes malice or ill-intent to a grieving person:

“Why didn’t you bring your father to the hospital earlier? He   should have lived!

“ Why didn’t you learn how to drive a car? You should have brought him there yourself and not wait for an ambulance?”

“ Don’t you know that if you have given him CPR in the first 10 minutes, he might have lived?”

There are many other activities which may be introduced to people who are in distressed or who are grieving. Care providers, concerned family members or friends may introduce some of these activities to comfort the grieving person:

Both the person who comforts and the person needing comfort may write letters as a means to express what they feel about the distressing experience.

Story telling heals and bonds families in need of comfort. Story telling may be done as a way of remembering the departed. Grieving children will be able to learn stories they may not yet hear about their departed relative and they will feel the invisible bond of experiences that ties relatives to one another.
c)    Tradition setting and ritual making

The comforter may need to remind the grieving not to forget to take care of the self.

We may remind the grieving about the following:

a.  Eating nutritious food. Oftentimes, people who are grieving forget to eat sufficiently for their nutritional needs. Sometimes, they may eat too much or too little to the detriment of their health. Vitamin supplements may likewise be used.
b. Choose an exercise activity you enjoy doing. What helped me during the days I was grieving for my brother is the long walks I took around my community.
c. Exposure to sunlight is very helpful to the body; sun exposure  between 8 am to 10 am is recommended.
d. Adequate time for sleeping is very much important for all, not only for those who are grieving.