(My sister, Minx, gave me this copy of her story as her gift to me in remembrance of our mother. I am sharing this, with her permission.)
The fire trees were on their last blooms. Their crowns are aglow with flame-like blossoms not unlike the dying embers of campfires. The golden shower tree swayed in the wind. Its grapelike cluster hung like droplets of golden sunshine.
She was looking thru the window as she folded my sister's clothes. Staring in fact yet oblivious to the explosion of colors gifted by the trees she has planted and tended from seed.
"Do you know where she went?" My mother's voice was reeking with sadness.

"No, I have no idea."
"We have to search for her."
I let out a deep sigh for I could foretell what our arduous search would entail. I have seen it before. Parents, brothers, sisters, lovers of friends who are missing.
First, the police stations - have you picked up anybody violating the curfew? Then we make the trek to the Office of the Task Force Detainees - any new faces at Bicutan or Pag-Asa or any of the myriad of political prisoner camps strewn around the city? Next, the convents-the nuns are very active in hiding people wanted by the government. And finally, the morgues, to look lor salvaging victims left by the waysides for the flies to feast on, dead hollow eyes unseeing the violence that was visited upon them.
Nanay's usually ramrod straight back, was slightly slumped, carrying an unseen burden. She started to quietly mouthing the mysteries of an imaginary rosary.  Imaginary, for rosaries as well as crosses, saints Statues, and prayer books are banned in our household. Though she was born to a very old Catholic family, she married my father.  His family was one of the original members of the indigenous Protestant religion in the country. And to marry a member you have to give up your own religion and convert.

'Here you go again, thinking too deeply, analyzing things best left alone.'
"Laughing out loud is like tempting fate. What is important is being at peace."
She has seen so much and experienced a lot. She grew up as one of the daughters of a political clan in the North and violence has peppered her family's history. An uncle was assassinated as he received the holy communion in Church.  In retaliation, a cousin burned down a whole village. The cries of widows and children left homeless can still be heard in the winds as you pass by Bantay.
She headed to Manila away from the violence never to return in more than 30 years. Her list of changes sounded like incantations, peace offerings to the gods. As if saying, I am willing to make changes, do all these just so I can have my daughter back.
"DO you think she will return?"
I dared not answer. All I have are useless, empty words. They hold no hope.
"Where should we start?" Her hands tentatively touching a lone hanging thread on my sister's shirt,  afraid that a slight pull might unravel my sister's whole existence.
Written by Amy Muga at 11/15/2020 11:33:00 am No comments:

Basha is our one-year-old black labrador, our "gentle giant" who is the youngest among our pets, including our German shepherd and our toy poodle. We brought her home a day before the New Year from her mom's place in BGC, Taguig. We named her Basha, a name I picked from the lead actor's character in the movie "One More Chance."
Labradors like Basha are highly energetic with an enormous appetite.  She enjoys a breakfast of eggs mixed with coconut oil. Coconut oil is a treat for her. Since she is hefty, she needs her exercise. Her morning routine starts in waking up at around 6 am. She'll immediately head to the door to go outside and play with our German shepherd, who treats her like her naughty puppy. She likes to play with her small "pond," a teal-colored plastic basin we bought for her, which we fill up with water for her to swim on.
She is gentle and very friendly to people. She is smart but quite goofy. She enjoys a game of fetch with all of us in the family. She'll bring us her rope toy or her stuffed toy, "Brown," which we then throw afar for her to pick and bring back to us. She would come to me in my work area, put her paw in my lap, looked at me with her big almond-shaped eyes to get my attention. Then she'll ask me for a cuddle where she'll try to go up to lay down in my lap.
Having Basha around made me aware of just how wonderful it is to seize the moment, spend time with loved ones, and snuggle with such a caring, huggable, and playful labrador.
I just learned that Basha's mom and sibling are now in Ontario, enjoying autumn. I'm glad that they're doing great with their own family, much like Basha.
Written by Amy Muga at 11/13/2020 11:50:00 am No comments: 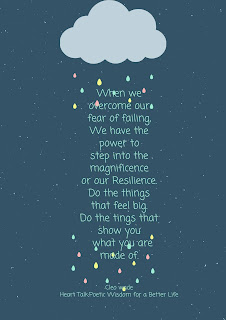 I used to pride myself on knowing how to respond to challenging situations. Even if there may be times I do not know whether what I do makes a significant dent in changing a concern for the better, I do what is needed to the best of my ability.

The past weeks made me feel like I'm walking on a deserted alley with an invincible enemy lurking around, ready to pounce given an opportunity. No one is exempt from the possibility of getting the virus. The elderly and those who have pre-existing health conditions are particularly at risk. I'm pre-diabetic; I have a wound that is taking too long to heal. It was when my husband, the most disciplined in our family regarding food and other health matters, came up with chills that I realized the virus may really hit any one of us at any time. Thankfully, he did not have any other symptoms, eventually getting better.

I realized how important it is to draw up a plan if one of us may get sick or die because of the virus. Much as it is difficult, it is crucial and necessary to talk about these things so that the surviving family members would not be left confused and pained with their loved ones' death. Some of the questions that need to be discussed by the elders in the family are:

The family unit must be united during this critical period. However, it is important to be compassionate and understanding with each other, given the stress that the situation brings to each member of the family. This is easier said than done. Many households are being pulled apart while living in the same house, given the pandemic's uncertainty.

There were times that my husband and I got angry with each other during the past weeks. What was helpful for us was being open to each other about our concerns and allowing breathing space for resolving things. We realize that what matters at the end of the day is our commitment and love for each other and our family.

It is helpful to remind myself of the things I am thankful for despite the pandemic's uncertainty. Yes, we can still go outside of our house to get our much-needed sunlight.

I appreciate dinner time in the family, where we can talk about things aside from developments on the pandemic. My husband and I take turns cooking batch meals, even if these are only variants of our favorite nilagang manok.

It is likewise helpful for me to list down things that I can do, what my family can do given the quarantine. I follow a schedule since I am working from home. My husband is working on a mathematical model regarding trends in the COVID 19 pandemic in our country and Southeast Asia. I wonder if there is already a trend towards a much-diminished curve. My younger daughter is reviewing her notes as part of her online learning for her Circuit class. I read and collate materials on resiliency and mental health to share these with my students online. I am also part of a volunteer team that does counseling for frontline medical personnel.

I'm thinking of my eldest daughter, who lives and works in another city, far away from us. I know that she's a kick-ass person who knows how to handle different situations. Her husband is also a good person who cares for her. I'm confident that they will manage this challenging period of living under the enhanced community quarantine, aka lockdown.

I pray that my relatives, especially my sister, are safe from harm's way. My sister is one person I deeply respect and care for. She has endured many difficult times in her life, survived, and thrived. She has given so much of herself to me and to many others.

Esteemed Filipino artist and poet, Rogelio B. Mangahas passed away last July 4, 2018. The author, Amy Muga, read this piece at the tribute given  by writers and artists to the late poet. 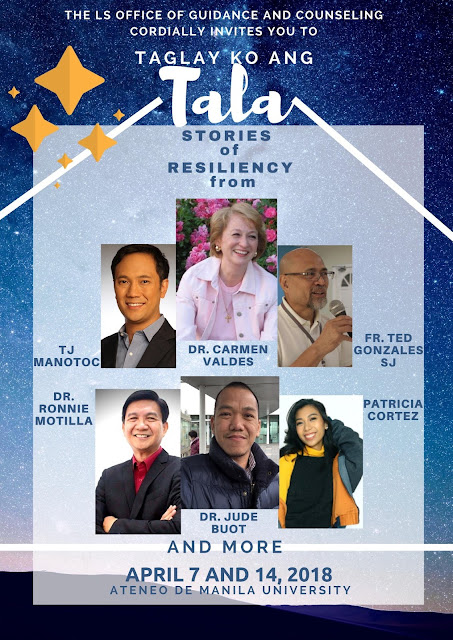